Batam is a sprawling island city located just 20 kilometers (less than 13 miles) across the water from Singapore - about an hour by modern fast ferry.

The main districts are Nagoya and Jodoh (retail, commercial, entertainment and hotels) and Batam Center (Government administration, retail and education). 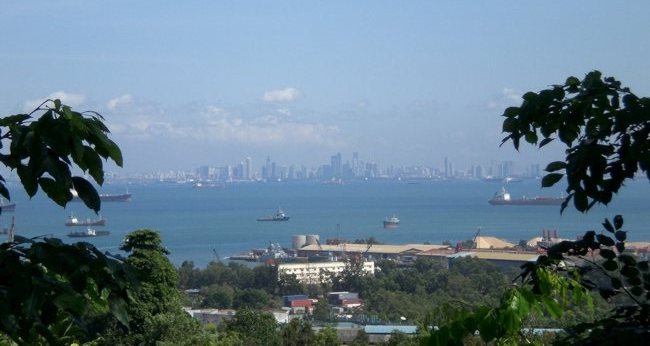 If you are looking for a place to live overseas - somewhere warm, safe, more relaxed, less regulated, much less costly and infinitely more interesting - then this fascinating corner of Indonesia is one of the places you should check out.

Batam is booming and for those who have done their homework and understand Indonesia and how it works, this small island (two-thirds the size of Singapore) can offer attractive investment opportunities.

It is still a work in progress and much of it looks like a giant construction site. But it has the communications and other services you need to set up a home office and work the world (or at least the region) from your computer and Blackberry, plus the amenities and facilities you need for comfortable living.

Batam is the principal center (though not the capital) of the new Riau Islands Province (Kepulauan Riau, usually shortened to Kepri) which split off in 2004 from the Riau Province centred on Pekanbaru on the large island of Sumatra. Its proximity to Singapore is the key to Batam's explosive economic growth, its potential and to its attractiveness as a place to live.

In a little over 40 years, Singapore has emerged from colonial domination, the aftermath of Japanese occupation during World War II, and a period of intense political struggle to become the economic and financial powerhouse and leading transportation and distribution hub of South East Asia.

Today, it is recognized as the economic star of Southeast Asia - a model of stability, a center of excellence and a hotbed of enterprise.Inevitably, Singapore's success is spilling over to neighboring Batam. Savvy regional investors are pouring money into Batam's new commercial, retail, residential and industrial development at a staggering rate - many of them clearly view the future Batam as "Singapore East."

Inevitably, Singapore's success is spilling over to neighboring Batam. Savvy regional investors are pouring money into Batam's new commercial, retail, residential and industrial development at a staggering rate - many of them clearly view the future Batam as "Singapore East."

Incredibly, only about 35 years ago Batam was still a mass of raw, uninhabited jungle with a mere 6,000 residents living in traditional fishing villages scattered around the coastline.

By December 2004, some 750 international companies had established operations in Batam, with direct investments totaling US$719 million (S$1.14 billion).

Today, the island has become a modern center of industry and trade with around a million people and 17 industrial estates housing hectares of factories, mainly manufacturing electronic components and consumer goods for export.

It is also a base for low-cost shipbuilding and repairs, heavy steel fabrication and services to the oil industry. According to the Batam Industrial Development Authority, the number of dockyards on Batam increased from 12 in 1998 to 71 in 2008. Several are major enterprises employing between 3,000 and 8,000 workers each.

The transformation has made Batam the richest and fastest growing region in Indonesia (by measures such as numbers of cars and electricity consumption it grew at close to 30 percent annually over the 11 years to 2003). It now routinely matches or exceeds Jakarta as Indonesia's second- or third-biggest visitor port of entry (after only Bali).

Few places in the world have grown so fast for so long (and this despite the interruption of the Asian Economic crisis of the late 90s).

Today, the worldwide boom in oil and gas is flowing on to Batam and bulging order books in fabrication plants, pipe manufacturing companies and shipyards - powering a new round of expansion.

Perceptive newcomers who see its hectares of new construction and the speed of development quickly recognize it is a place where something special is happening.