Home » Practicalities » Getting Around » Buses

The transport of choice for Indonesians who can't afford a motorcycle is a bus, but boarding the right one can be perplexing.

Although you might expect Jakarta, the capital city, to have bus maps and an indication of which number serves which route, you would be out of luck. Unless you have near perfect vision, you won't be able to read the destination signs on the front window. Even if you take the shiny new air-conditioned Busway, you can get lost because not all the names of the stops correspond to what you might be familiar with or what's on a regular street map.

The majority of reasonably sized towns have a "Terminal Bus" - that's bus terminal for non-Indonesian speakers. In these, you can board long-distance buses to other conurbations and you will generally have a choice between AC and non-AC 'ekonomi.' You may even come across an AC 'ekonomi.' The difference between 'ekonomi' and 'eksekutif' is legroom; the former may have up to twice as many seats in the same space but, depending on distance, be a couple of thousand rupiah cheaper. 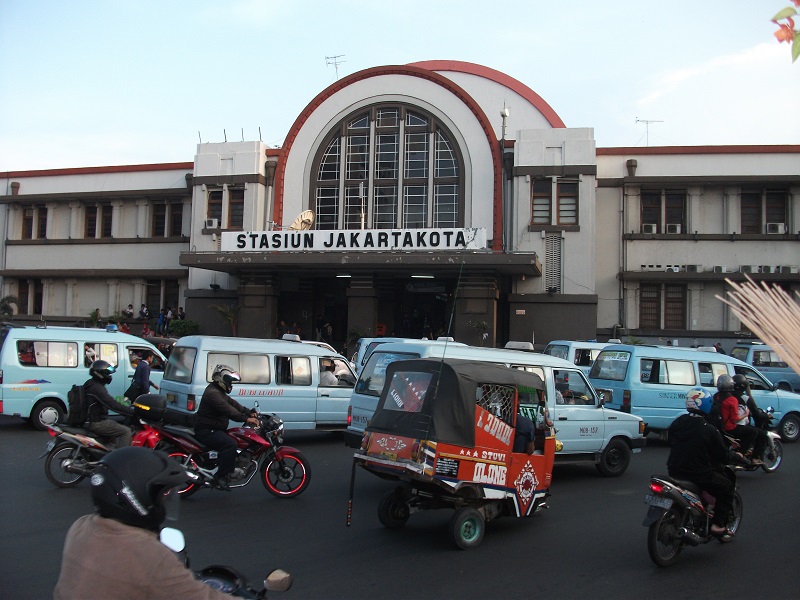 Once you have reached the end of the line, you have a choice of minibuses and minivans of varying and diminishing size to take you closer to your destination. Each part of Indonesia seems to have a different name for what appear to be identical vehicles except for the external color scheme. They're often known as 'angkot' or 'mikrolet' and you'll recognize the ubiquitous Toyota Kijang or Suzuki Carry. At no time expect to receive a ticket, and make sure that you have enough small denomination notes to pay the fare; the tariff may even be pasted up somewhere inside.

At all times be very careful with your belongings. Muggings are extremely rare, but not unknown, and exhibiting your latest top-of-the-line mobile phone or wearing your collection of bling can be very tempting in a country where two-thirds of the population lives near the poverty line