From a Western perspective 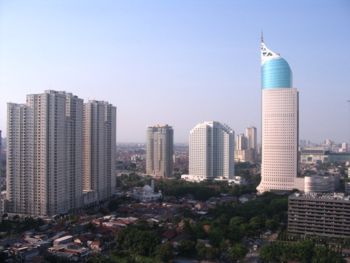 Indonesia is not the easiest place in the world in which to do business. The 2008 World Competitiveness Scoreboard ranks Indonesia at 51, five places behind Russia (47), and in stark contrast to countries such as Australia (7), Singapore (2) and the U.S. (1). Clearly, in terms of the measures used by the producers of this scoreboard, Indonesia is found severely wanting, with its potent brew of traditional cultures, bureaucracy, legal uncertainty and social instability combining to give it the appearance of being a rather hostile place for trade and business. However, Indonesia is currently undergoing a radical transition toward becoming a more modern and efficient economy, and the road ahead is becoming much more positive and certain.

Given a proper understanding of cultural, social and legal-regulatory environments, business and investment in most parts of Indonesia is relatively safe and profitable.

This section is a general overview of those elements that are important when undertaking business in Indonesia, including the social and cultural landscape, recent developments in terms of governance, law and legal certainty, business structures and labour issues. Much emphasis is given to the issue of culture, more specifically, the perceptions, outlooks and/or beliefs that affect human interaction. In the past, perhaps, understanding of culture by foreign businesspeople of 'culture' has been relegated to the realm of manners or etiquette, of simplistic Dos and Don'ts. However, cultural misunderstanding or miscommunication is generally far more likely to occur at the level of perception and outlook, rather than etiquette. This is not to suggest that etiquette is unimportant, but merely to attempt to shift emphasis from those external or visible cultural expressions to those expressions that are not immediately obvious, in particular as that affects communication.

• Business cards are exchanged after initial handshakes and greetings.
• Cards should display your title prominently to enhance your image and credibility.
• Having one side printed in Bahasa indicates a commitment to developing relationships.
• Present your card, with both hands or with your right hand only, so the Indonesian side is readable by the recipient.
• Inspect cards received before putting them in your card case. It's important to show respect for cards.

• Business dress is conservative.
• Men should wear dark-coloured business suits for an initial meeting, although you may be able to forgo the jacket and wear dark pants, a long-sleeved white shirt, and a tie thereafter. (In general, businessmen of higher status retain suit jackets, while their subordinates wear ties and long-sleeve shirts.)
• Women dress conservatively, with skirts covering the knees and sleeves covering the arms.
• Natural fibres work best in the tropics.

• Business entertaining is valued because it establishes all-important rapport outside the office.
• The guest of honour is always first: to order, to be served, and to leave.
• The inviter usually pays. If you wish to pay, arrange with the establishment in advance.
• Indonesian businessmen may not be comfortable allowing a businesswoman to pay for their meal.
• If a businesswoman hosts a meal, it's customary for her to invite spouses as well.
• Business won't be discussed at social occasions.

• Gifts may be exchanged at the first meeting because they are seen as furthering the business relationship.
• Initial gifts should be small. Gifts with your company logo work well.
• Various colours of gift wrap can offend one or another group, so you may wish to go with red, which does not offend anyone.
• Reciprocation is expected: if you receive a gift, give one back, and if you give one, expect that person to give you one back.

• The first time you meet with a company, most of the meeting will be devoted to getting-to-know-you conversation. Even if the business topic is never broached, the meeting will be a success if your Indonesian associates think well of you and want to schedule a future meeting.
• It is common for Indonesians to enter the meeting room in rank order. Although it is not mandatory that you do the same, it gives a good impression.
• If you plan to work from an agenda, send it and back-up materials in advance. Both the agenda and back-up materials should be in Bahasa Indonesia and your own language. The agenda will not be followed strictly, especially if there is a contentious issue.
• New ideas or proposals may be communicated at meetings, but do not expect an immediate response.
• Since group cohesiveness is crucial, meetings are often large so that all the stakeholders can be present.
• If someone enters the room after the meeting has started, it is common to re-open an item that has already been discussed.

• Remain standing until told where to sit.
• Business discussions usually start after a fair amount of small talk.
• Indonesians are non-confrontational. They value being agreeable over saying something that could offend.
• Nodding and smiling merely mean you have been heard, not that anyone has agreed with you.
• Saving face is important.
• During a negotiation, be careful not to get angry. Losing your temper demonstrates that you are not worthy of respect and trust.
• Indonesians typically pause up to 20 seconds before answering a question. Do not start to speak immediately or take their silence as agreement.
• Summarize and clarify points frequently during negotiations.
• There is often a celebratory meal once negotiations are reached.


Thanks to the people at Okusi for assistance with this section