Home » Practicalities » Getting Around

How do I travel in and around Indonesia? It's a question that's more complex than it sounds. For one thing, there is the none-too-small matter of making your way around the archipelago's mainly chaotic cities. It's a different thing should you need to travel from place to place on the same island and another affair altogether if you need to move between the many islands in the diffuse archipelago. One thing you'll probably need is patience; whether you're stuck in a Jakarta traffic jam, waiting for your intercity bus to change its flat tire, or hoping that your delayed flight will still manage to get you to your meeting on time. 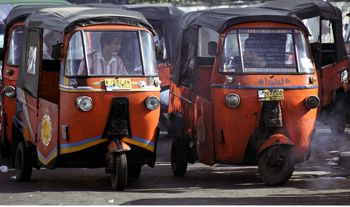 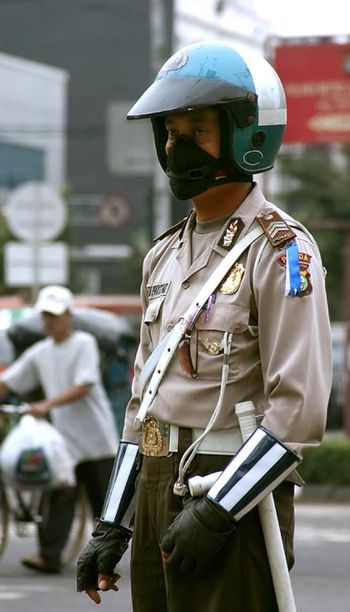 Navigating the streets of most Indonesian cities is an experience that can test your resolve. From dawn past dusk, abating only in the late, late evening, you're likely to encounter bad traffic congestion. Nowhere is this more so than in Jakarta, but it is by no means exclusive to the capital. Taxis are affordable and comfortable but are often snared by the traffic. Your private or rental car will face the same problem so you might consider employing a driver lest you have to cope with the stress of the actual driving yourself. Public transport in the cities is generally poor, cramped, hot and dirty - but incredibly inexpensive. Some buses have air-conditioning, most do not. They are often driven wildly and tend to stop anywhere, and quite suddenly.

In Jakarta, the city administration in 2004 launched the Transjakarta Busway service, which has met with mixed success. A dedicated single-lane with specially adapted buses is designed to connect various points in the city. While these buses are cooler, cleaner and usually get around quicker than the others, there seems to be a distinct deficiency in the number required, while the Busway lanes are often crammed with cars and motorbikes.

Converted minivans or minibuses, known variously as 'bemo,' 'angkot,' or 'mikrolet' also ply urban routes. In many cities you'll still find the quaint pedal-driven 'becak' (trishaw). These have been outlawed in Jakarta but a few still operate in the back streets of Glodok, the city's Chinatown district. Perhaps the quickest, most efficient way to get around the cities, if you don't mind the smoke and danger involved, is the 'ojek' (motorcycle taxi). Be prepared to entrust your life to a complete stranger, the driver, as he bobs and weaves his way through the traffic to your destination.

There are various options for traveling within a particular island. Flying is one. Most major cities have flights to other cities on the same island. You can easily find flights from Medan to Padang (Sumatra) or Makassar to Manado (Sulawesi), for example. Java is the most connected island however, with frequent flights between most of its major cities (Jakarta, Bandung, Yogyakarta, Surabaya and several smaller cities). Java, also, has the only rail network in the archipelago. It is fairly extensive, connecting Jakarta, Bandung, Semarang, Yogyakarta, Surabaya and other smaller towns, and has different classes of carriage. Air-conditioned Executive ('Eksekutif') class is a good option. Buses run between major towns and cities on all islands. They are generally nicer than their inner-city cousins but can make traveling a real feat of endurance, especially outside Java where the roads are quite unforgiving. Minivans (locally referred to as a 'travel') will pick you up at your address and drop you at your destination in another city. They are generally quicker and safer than buses but more expensive. Metered taxis are forbidden from traveling between cities (the lone exception being the Silver Bird taxis), but you can use always use your own vehicle or rent one for a trip, with or without a driver.

Indonesia is a huge archipelago, so getting around it can take time. Fortunately, there are a plethora of airlines operating now which can whisk you around the islands. Jakarta is the main hub, followed by Bali, but all major cities have flights to other parts. You may have to transit once, perhaps twice, but you'll get there. Being a nation of islands means lots of transport by sea. This naturally takes time, so most who can afford it prefer to fly. Still, there are countless boat and ferry companies shuttling between the many islands. The most prominent is the state-owned Pelni, which operates 25 large passenger ships. Its fleet sails to many remote parts of the archipelago and is fairly reliable. There are different classes ranging from economy, in the bowels of the ship and usually teeming with passengers, to the cabin classes, which are fairly comfortable. Interestingly, a cabin class ticket doesn't cost much less than an air ticket of the same route, so is perhaps best suited for those with a fear of flying or a fondness for sea voyages. Lastly, it is also possible to travel between islands by bus and car. This may sound strange, but is done by the vehicle boarding a ferry, which hops between the islands, only for it to carry on its journey when on dry ground again. If you have the stamina and the stomach for it, you can travel from Medan in North Sumatra all the way to Bali and beyond in this manner.