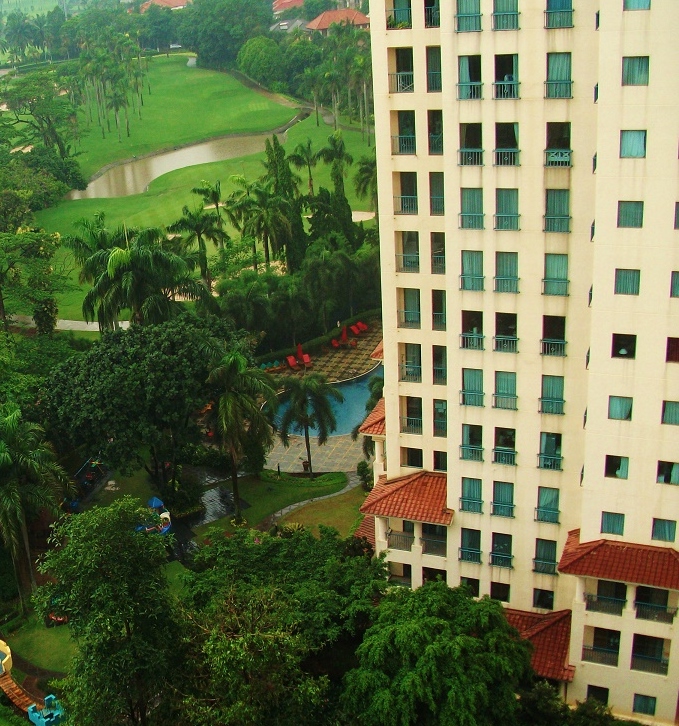 Housing varies in Indonesia from incredibly squalid, semi-permanent dirt-floored shanties to palaces of a splendor and opulence that would cause Suleiman the Magnificent to grind his teeth with envy. We will work from the assumption that yours lies somewhere in between.

Don't count on utilities to be as dependable as natural resources. There will be occasional and unpredictable power outages and interruptions to the water supply. It's a good idea to buy a supply of candles when you move in. It's also a good idea to locate the breaker panel and main breaker (they're not always even near each other) some time before your first blackout. You could feel like an idiot having sat around for eight or 12 hours waiting by candlelight for the power to be restored, only to discover that you have thrown the breaker.

There is a good possibility that your first close encounter with indigenous Indonesian wildlife will be right there in your house. Don't worry about the little gecko-like critters that decorate your walls. They're called 'cicak' and they're completely harmless. They're cute little guys and they're actually kind of fun to have around, and rather useful in that they eat moths and other little creatures.

You'll probably have somewhat less affection for the cockroaches ('kecoa') you might encounter. You'll only see them occasionally (if at all) and they don't travel in packs. On the other hand, they're big. Really big. Bigger than some 'cicak' - the size of a man's thumb. Give them a shot of bug spray and they'll soon be breakdancing on the tiles. If you're environmentally concerned or you just don't like bug spray (or you can't find it in the heat of combat), just whack the thing with a shoe, or even a hammer. Unless you're  overly fastidious, leave the result for the maid to shovel out. Alternatively, you could just ignore them when they scuttle by; most people do, since they're essentially benign.

You might see a rat from time to time. With the garbage everywhere, that shouldn't come as a surprise, but once again, they're less than aesthetically delightful. They'll run like hell and disappear if they see you, so they'll make you jump, but they'll be more scared than you are. One thing, though, unless you're up for the fight, don't corner one. Just give him room and he'll vanish like smoke. Don't leave food out overnight, it'll just encourage return visits with friends. If you see one in your house, have your maid set a trap.

Always keep your house keys handy. Doors here lock from both sides and it's easy to get locked in. Your maid will lock the door to the house when she leaves, or goes to take a nap, so you'll need to unlock it to get out.