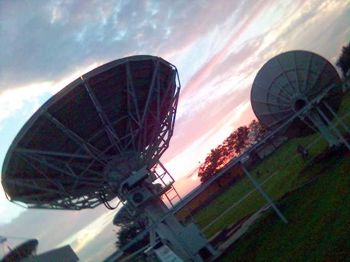 Upon moving to Indonesia, one of the first things most people need is a reliable and fast internet connection. If you live in a major metropolitan area, there will be a bewildering array of choices.

While internet service providers (ISPs) in Indonesia are steadily improving, it can be a challenge for businesses and individuals to find a service that meets their needs and budgets. Service reliability can vary widely from place to place, even within the Jakarta area, so a good ISP in one area may not be so good in another.

The most reliable option may be a combined cable TV and internet package, which can cost as little as about $40/month (once taxes and fees have been added). Cheaper options may cause headaches.

Note that just because an apartment's management recommends a particular ISP, it may not necessarily be your only choice or the best value or reliability. Ask neighbors for advice on which ISPs are best and which are problematic.

Mobile broadband wireless modems and USB modems, which use a range of different technologies, may be good if you're often on the move, but they can be prone to extreme slowness and frequent disruptions. They are never as fast as their advertised speeds. USB modems can be purchased from electronics kiosks in many malls and at ISP company outlets from Rp 75,000 to Rp 699,000.

* Actual speeds of Smartfren and Bolt! are invariably much, much slower.


Below is a list of some of Indonesia's ISPs. All prices listed in tables are monthly, unless otherwise indicated. Note that prices and packages often change, so check ISP websites for current prices. 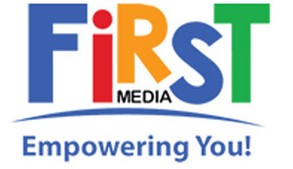 FastNet is provided by First Media and is available only in parts of Jakarta and Surabaya. Check on their registration page to see if your location is in their coverage area. If you want cable TV and a reliable internet connection, sufficiently fast for instant streaming, then FastNet is probably your best option. In addition to its TV/internet Combo packages, FastNet also offers internet-only services.

After you complete the online registration form, a customer service representative will call you to make an appointment for an installation. The installation will cost at least Rp 200,000, including 30 meters of cable. Additional cable is charged at Rp 10,000/m. You don't pay the technicians but instead pay later electronically.

A downside of FastNet is that you have to use their cable modem, which has a monthly rental fee of Rp 20,000 to Rp 60,000 depending on which type of package you're subscribed to. You can't just buy the modem. You can however, buy a wireless modem from them for Rp 400,000 if you want to set up a wireless network. All FastNet charges are subject to an additional 10% tax. The hidden charges mean that their basic combo package of 94 channels and 6Mbps internet, listed as Rp 279,000, actually costs closer to Rp 380,000. This is still tremendous value. If you are late paying your monthly account, they will disconnect you.

FastNet is owned by Lippo Group.

Innovate is owned by PT Mora Quatro Multimedia (MQM), which was founded in 2010 and is a unit of the Sinar Mas Group. 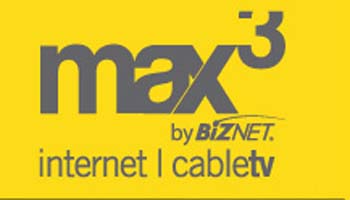 You will have to sign a six-month contract for an apartment and a 24-month contract for a house or office. New subscribers have to purchase a Rp 500,000 starter pack, comprising: cable installation, broadband cable modem (on loan) and set-top box (also on loan). Prices do not include10% VAT.

Max3 is part of Biznet Multimedia, which is owned by PT Supra Primatama Nusantara.

metroNET is a fiber optic broadband service for small-medium business, offering speeds from 1.5 Mbps to 75 Mbps. It uses two technologies: ethernet and FTTH, depending on the building location.

Installation costs Rp 1 million. A 24-month subscription is required. If you decided to terminate or change the service before the contract expires, you'll be hit with an early termination fee of Rp 4.4 million. Prices are subject to 10% tax. 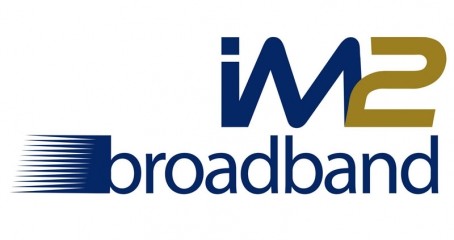 This should be an option only if you reside in one of the residential complexes where it is already installed and you can't get anything better. IndosatM2 uses fiber optic and hybrid fiber coaxial cable with a maximum access speed of 1 Mbps.

Indosat is 65% owned by Qatar Telecom, while the Indonesian government holds a 14.29% stake.

Should you want some of the most expensive internet access in Indonesia, Indosat offers broadband internet and virtual private network services. There is an installation fee of Rp 5,000,000.


Indosat offers satellite and broadband internet business solutions, including for remote locations. These services are named Diamond, Emerald, Ruby, Gold and Silver, and are priced from Rp 2,950,000 to Rp 19,400,000 per month.

Telkom Speedy uses ADSL to deliver internet access to households and small-medium businesses at speeds from 384 kbps to 10 Mbps.

Speedy also offers TV plus internet packages and a vast range of other internet options, but its website is so poorly designed that finding information is difficult.

There is an introductory offer of low prices for the first-three months of subscriptions but prices then increase to those in the table below.


Telkom is is 51.19% owned by the government, with the remainder of shares held by the public. 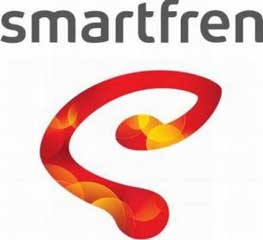 Smartfren appeals chiefly to people who are constantly on the move and those who are trying to save money. It is notoriously unreliable and offers super-fast speeds that most users will never experience. Ironically, its slogan is: “I hate slow.”

The company uses CDMA and EV-DO (Enhanced Voice – Data Optimized) technology, which breaks down further to Rev A and Rev B (the latter being superior). Users have to buy a Smartfren USB modem or a mini router, as well as a SIM card – and can then theoretically enjoy internet access from many locations. Pre-paid subscriptions range from Rp 50,000 (for a 1.75GB quota) to Rp 200,000 (for 12 GB) per month. The company often changes its prepaid plans.

Smartfren has been owned by Sinar Mas Group since 2009. 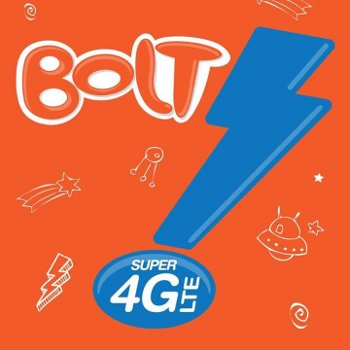 Bolt uses Super 4G LTE (which means fourth generation mobile telecommunications technology using the Long Term Evolution standard, including ultra-broadband internet access). As of May 2014, the service is available only in certain parts of Jakarta and its satellite cities.

The company offers the astonishingly fast download speed of “up to 72 Mbps” but many users complain that Bolt is unreliable and they never get remotely close to the promised speed.

Bolt sells a 4G mobile wifi router for Rp 299,000, which can be connected to eight devices simultaneously, such as laptops, tablets, PCs and smartphones. The router has a battery life of about three hours and then needs to be charged. Bolt also offers a USB modem for Rp 199,000, and a home router for Rp 1,199,000.

Before buying any Bolt products, first check the coverage area map, which is riddled with gaps, and ask people in your area whether they find it works. Just because a vendor insists that your address is covered by Bolt, it may be useless. Credit, which lasts for 30 days or 60 days, can be purchased via BCA ATMs and ATMs with the Bersama logo, as well as at Indomaret convenience stores.

* Actual speed may be slower than a dead snail, depending on your location.

Bolt is owned by Lippo Group. 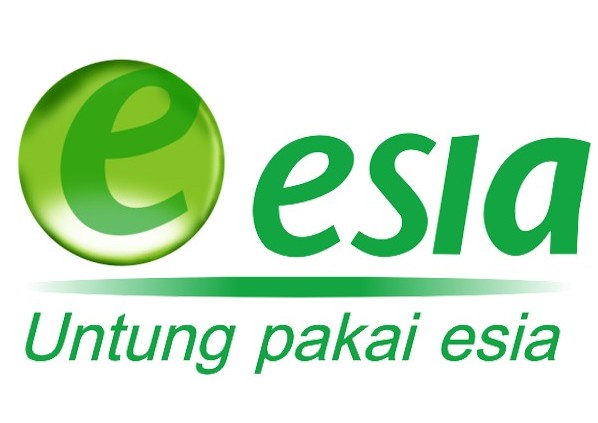 If you've tried and failed with Smartfren and Bolt and still want to persist with USB modems, then esia sells a wide range of CDMA EV-DO modems from Rp 75,000 to Rp 249,000. Service is reputed to be more reliable than Smartfren, in certain areas.

esia has a range of packages with different quotas. Many comprise a basic quota and a bonus quota. “Confirmation claims” need to be sent to activate the bonus data, which must then be used within seven days. It is an annoying process, designed either to reduce internet usage or to discourage customers.

Esia is owned by Bakrie Telecom.

www.glodokshop.com will deliver and have an English speaking sales line. Could be handy for those people who want to find a product online instead of going around endless shopping malls.