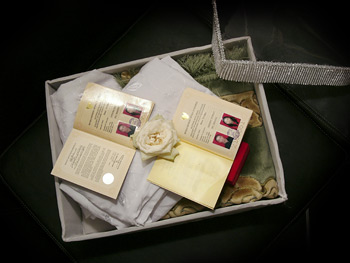 If you are thinking of perhaps finding a spouse or long-term partner in Indonesia, then for goodness sake don't speak too loudly - you might be knocked down in the rush!

Though some Western families have relocated to Indonesia, for work or business reason, it remains a "man's world" with few long-term resident Western women. The expat population consists mainly of transient male technical specialists, professionals or consultants on short-term contracts and a steadily growing number of single (usually divorced) male retirees.

Of course, each area of this vast archipelago has different types. Aceh has thousands of NGO folks, who are ostensibly short termers. Bali has a bunch of artsy types trying to make their mark or in semi-retirement; Jakarta has all the oil, engineering types and loads of teachers of all sorts. Balikpapan is almost exclusively oil, mining and gas men. Non-Western foreign residents, particularly Koreans and Japanese, are managers of factories, and many are based in Greater Jakarta. Others from around Southeast Asia are engaged in business, import-export and consulting.

It is fair to say that it's easier for Western men to enter into short- or long-term partnerships or marriage with young, attractive and caring Indonesian women than it is to NOT do so!

Many working-class Indonesian women see a relationship with or marriage to a Westerner as an escape to a new, secure, different and more affluent way of life - and a means of securing financial support (from the partner or husband) for their families.

Many Western men find long-term partners from among the part-time working girls in the karaoke halls, bars or discos. Many of these unions flounder, but a surprisingly high proportion endure and prove happy and successful.

Two-thirds of the Indonesian population would be considered impoverished by most international standards, and most have no government-funded social security system to fall back on. The kampong, or extended family, networks are the main support system and there is a strong obligation for children to help support families and siblings by regularly sending money home.

Families from some poorer rural regions turn a blind eye or even enter into contracts under which elder daughters travel to the bigger cities to spend time as working girls to help support the family or pay education and other costs for younger siblings. (Most rural parents naively believe the "recruiters" who tell them she has a job as clerk or waitress in a proper restaurant.)

For young unmarried mothers, there are no pensions, few jobs and little other support - working the karaoke joints or bars is considered a viable option. The money they can earn from a client in ONE night is often more than a week's salary for a typical Indonesian laborer/farmer.

The story is similar for attractive young mothers who have married in their teens and had a child or two in the kampong only to separate or divorce. Their prospects of remarriage in the kampong are slim and none (and slim has often left the building.) The children are left in the care of extended family while the girls head to the city to make money to be sent home as support. Some also try to save enough to later buy a small house or establish a small kampong business.

Spending time as working girl is widely accepted or tolerated and seems to carry little stigma across a wide cross-section of Indonesian society, especially in the bigger towns and cities. People rarely comment openly about it, but everyone knows it's there and much of the general population seems to tacitly accept that the girls are victims of circumstance with few viable choices.

Given the chance, many of these young women make caring and loyal partners or wives. They are accepting of older men and value kindness, consideration and a partner's capacity to offer financial security over good looks. In fact, they are often suspicious of younger, good looking men, expecting them to be inconsiderate and potential "playboys."

Their dream is to be like Julia Roberts in "Pretty Woman" and they don't really care too much if you look more like Vincent Schiavelli or Pete Postlethwaite or Richard Gere (if you don't know those faces, look them up on the Internet). Many, if not most, will gratefully accept the new life you are offering and do their very best to make it work.

At risk of alienating every feminist within earshot, it has to be said that Indonesian women are warm, soft and responsive. Their cultural background means they tend to support, follow and serve "their man," provided always that he keeps his end of the unspoken bargain and does not make them feel insecure.

They come from a culture of extended families and inter-generational support networks where age is respected and providing care is considered a natural, normal and a serious obligation. Retirement villages or nursing homes are rare in Indonesia.

There are important cultural, financial and other issues that Westerners should take into account if they plan to marry an Indonesian, and sometimes those who disregard them find they have been taken for a ride - horror stories abound of Westerners who "fell in love" with the wrong partner, ignored advice and did not take rudimentary and sensible precautions. Needless to say, they ended up being taken to the cleaners financially (and emotionally).

For example, pre-nuptial agreements are legally enforceable and strongly advised if marrying in Indonesia. But here is not the place to deal with these issues in detail. This is the kind of information, which will be available elsewhere on this Web site.

Marriage and property ownership should surely be considered in this section.

yes, author is currently in process of expanding this section as we speak!