One of the things pretty much everyone has heard is that Indonesia is home to the world’s largest Muslim population. Those of us who live here are aware of the pervasiveness of Islam throughout the archipelago, with t 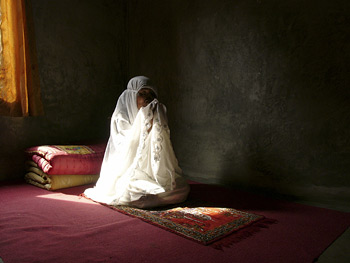 he exception of Bali and a few other places where Christianity dominates (North Sulawesi, Papua, East Nusa Tenggara...). Nevertheless, the Indonesian Constitution assures us that the country is nominally secular and is not an Islamic state. And the deeper reality is that Islam in Indonesia is the most recent culture/religion overlay of a series of others.

The ancient Javanese culture was animistic. The ancient Javanese believed that all living things have a soul; that plants’ souls were more “rooted” in the material world and less spiritual, allowing for them to be either beneficial or harmful to animals and to man without violations of morality. Animals were also in possession of a soul, a higher level, more spiritual one, but still with an animal nature that allows them to interact with man positively, as cats and dogs do, to serve man as food sources as pigs, goats and cattle do, or negatively as tigers, cobras and rhinoceroses did without moral culpability on either our part or theirs.

Over all of this, there sits a divine spirit that is serene, perfect and indifferent to man.

This ancient animism has never been eradicated in the millennium and a half of cultural and religious colonization that has occurred on Java. The tradition of the 'selamatan,' for example, is animistic in origin. This tradition sees Javanese families honoring the death of a relative on the third, seventh, fortieth, hundredth and thousandth day after their passing. Prof. J. M. van der Kroef writes:

"The homeostasis sought via the 'selamatan' has an animistic background which is part of the Javanese cosmology: Man is surrounded by spirits and deities, apparitions and mysterious supernatural forces, which, unless he takes the proper precautions, may disturb him or even plunge him into disaster."

In the 5th Century, Hinduism arrived on Java and absorbed much of the animist tradition as it took over as the dominant religion, creating a uniquely Javanese Hindu-based r 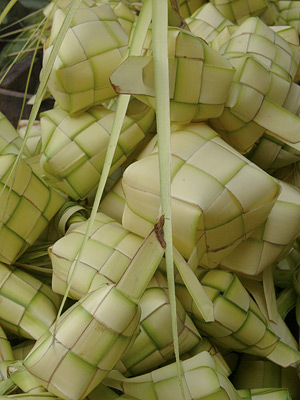 eligion. The Javanese version of Hinduism had 'eiling' as a core value; a value that remains critical to this day. 'Eiling' is difficult to define or even translate, but it manifests itself as self-control; it is a way of calming the mind and refusing to succumb to the confusion engendered by powerful emotions from anger to sorrow.

'Eiling' is not to be confused with the ultimate serenity, or Nirvana, sought by Buddhist mystics, which is achieved by freeing oneself from desires of any sort; it is more a process of remembering, of looking closely at that which brings calm.

A thousand years later, Islam arrived on Java and the population acquired a new overlay of religion. Islam in Java acquired much of the indigenous animism and Hinduism giving the core of Indonesian Islam a completely unique flavour. A great deal of ancient Javanese animistic culture can be seen in the way the modern Javanese still live and do business.

"'Eling' is a much-used word in Javanese because of its close connection to the deepest attitude of the Javanese to his inner life. It is operative not only in religion, but also in everyday life and in their ethical norms. So religious and mystical life, which is usually considered exclusive and individual, permeates the way Javanese people live from day to day. The inner levels (of 'eiling') 'neng,' 'ning' and 'eling' are not reserved for religion and mystical observances alone, but are embedded in the Javanese way of life. They are in the background of their dealing with ordinary problems involving ethics, education, economics, philosophy, security and politics. The Javanese try to solve problems with a clear eye and an inner calm that arises from their deepest inner attitude: 'Eiling.'"

It is also important to remember that to the Indonesian way of thinking, religion is not separable from an individual. Although Pancasila, the fundamental principles of the Indonesian Constitution, specify that the country is not an Islamic state, nor is there a national religion, only certain religions (Islam, Catholicism, Protestantism, Buddhism and Hinduism) are officially recognized. Atheism is not even considered. To tell someone that you have no religion would be like saying that you had no parents or that you come from nowhere; it simply wouldn’t make sense.

It is also worth remembering that for all of the hand-wringing and shouting by the different Muslim sects in Indonesia over correct interpretations of the words of the Prophet and the Koran, the form of Islam that was adopted here was originally the mystical Sufi variety, and that was embraced largely because of the parallels with the existing animistic mysticism. That form of Islam itself was massaged into a suitable form, and is, in fact, a Muslim patina over a Hindu coating over a wide variety of differing mystical traditions. 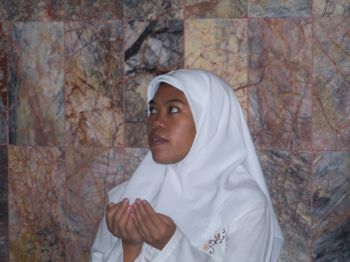 You may be surprised at the casual way in which black magic, white magic, witchcraft, sorcery, demonic possession and ghosts of all sorts are accepted. To say that a place is haunted is to make a statement that may or may not be believed; that it is possible is not even open to question. Each region of the country will have its own traditional spiritual healers, shaman and supernatural bogeymen. (Brief aside: The word "bogeyman”  is thought to come from the tales told by English seafarers of the fearless, brutal and piratical seamen of Bugis origin, who were the scourge of the seas around the Sulawesi, then known as the Celebes).

Each tradition is accepted by the others, as it is understood that these things obviously exist. Everyone knows that these things are part of the world, and where mysticism conflicts with religious belief, whether Islamic or Christian or anything else, the conflicts are glossed over or disregarded in an intellectual exercise of the principle of 'eiling.'

Fascinating stuff! One of best articles on this site, in my opinion. But the real question is how might newbies to Indonesia utilize this whole 'eiling' concept to pick up chicks?

If you need eiling to pick up chicks in Jakarta, you're going to the wrong places!