Welcome to Mall-land! Or Indonesia as it formally calls itself. Malls are as much part of the suburban fabric in the major Indonesian cities as in America and much more so than in Western Europe. They are a microcosm of Indonesian society with the well-heeled and the down-at-heel rubbing shoulders in the pursuit of consumption.

Upon moving to Indonesia, it is easy to become confused between malls (was that Plaza Semanggi or Senayan?), confused in malls (I’m so lost...) and generally confused about the behavior of Indonesians in malls (why is no one moving on the escalators?). Love them or loathe them, they will feature heavily in your shopping landscape. 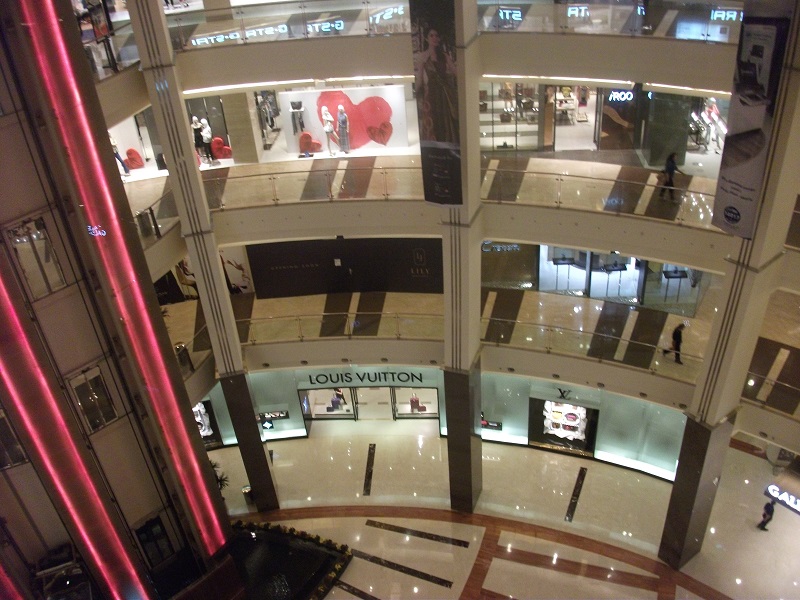 It will take time to get to know the relative benefits of each mall so that you can most efficiently strike off the things on your shopping list, so shopping may well be more of a challenge than a pleasure at first.

It is made easier by knowing some simple stuff about malls in Jakarta: The older the mall, the less space there will be per shopper. This results in a hemmed-in effect in the almost cookie-cutter ITC malls and places such as Ambassador, MegaMal Pluit and the grand old dame herself, Sarinah (the first “modern” shopping complex in Indonesia, circa 1966). For a newbie here, these places resemble markets or bazaars rather than malls in the conventional definition. If the place looks like a market, try your hand at bargaining for a better price.

Most places, especially those selling less than authentic goods, will not be surprised if you offer a lower price because often the prices are set to allow a generous profit margin, which can then be negotiated downward in a sporting fashion. The newer-style malls, however will not entertain the notion of bargaining and prices are generally marked on the items.

Allow time for getting lost. Jakarta malls, even the most spacious and pretty ones, have a disturbing ability to swallow unsuspecting shoppers. Leave a trail of crumbs, draw a map, but don’t expect to panic-buy and get out quickly because there is always something to divert your attention away from the target.

Indonesian people are generally not as deadline-driven as many other cultures and for mall-goers here, they have achieved their aim - they are at the mall, they are hanging out. Hence, people will amble and stroll, chatting to friends and/or fiddling with their mobile phones, while the average foreigner will be striding along wondering why all these people are getting in their way. Chill out and get used to the obstacles that will befall your striding path.

Western-oriented clothing stores do exist here, but with prices equal to their country of origin, rather than being cheaper in their target market. For big-boned or generously proportioned people some clothes are more difficult to come by - particularly shoes - so buying before you come to Indonesia is a sensible plan, if possible.

Some malls specialize in a specific type of product - Roxy Mas in West Jakarta is dedicated almost entirely to sales of mobile phones, new and secondhand. Ratu Plaza in South Jakarta and Harco Mas in Mangga Dua, North Jakarta both sell computer hardware with the former being a spacious, Western-style mall and the latter an ITC-style bazaar. This predominance of one type of product can be an extremely dizzying experience for the newbie. If in doubt, bring someone fluent in Bahasa Indonesia and knowledgeable about the product you want to buy.

Staff in Jakarta’s malls are happy to help, and very often act like predators following you around so that they can make a commission from your purchase. This can be the only explanation for the barrage of attention you get upon entering any mall-based pharmacy. They will also try to sell you vitamins, no matter what your ailment - expensive vitamins.

Also be aware that in many malls, the inability to speak English does not preclude people from working at the information desk. The onus is on the foreigner to learn basic directions and questions. A useful addition to your vocabulary in Indonesian would be: Where is...? (‘Dimana’ [insert store name]?). This will at least give you some chance of opening up a thoroughly confusing, but fun conversation.

So what’s to love about malls in Jakarta? Some of the newer ones - Grand Indonesia, Pacific Place and FX - feature stores carrying predominantly imported goods and comfort foods in a Westerner-friendly environment. (See Shops and Services - Supermarkets)

Feel like throwing yourself down a five-story slide after a tough day at work? fX Sudirman mall can cater to your whims, with brave souls recording times of between 12 and 15 seconds for their descents.

What about going ice-skating after lunch? Mal Taman Anggrek has a large rink as its centerpiece and it is always good for some pain voyeurism or simply to see people wearing winter clothes in a tropical environment.

Kids want to play and you need to shop? Grand Indonesia has a very comprehensive fun park with well-planned and well-supervised facilities; and Pacific Place has the fascinating KidZania. Feeling literary? Kinokuniya in Plaza Senayan is a well-stocked bookstore, with a large range of up-to-date books and magazines in English.

Almost all of the malls have corporate-sponsored expos for children, such as the Lego-building competition in Plaza Senayan, which recently had over 100 children taking part.

Feeling like a good old-fashioned window shop? Senayan City is home to some of the world's foremost clothing and accessories designers with Armani, Calvin Klein, Massimo Dutti, Gucci and Versace flagship stores to be perused. Its website makes for amusing reading due to the garbled English usage.

Many of the larger malls have multi-screen cinemas, with Western movies and Indonesian movies being given equal airing. Cinema 21 is Indonesia's biggest movie theater chain, with over 50 locations across 29 cities. Blitzmegaplex (Pacific Place, Grand Indonesia and nine other locations) also screens a wide range of international movies for those with more adventurous tastes.

Some of Jakarta's many malls:

Jakarta now is full with malls