Transvestites seem to hold a special place in Indonesia. Indeed, cross-dressing is a far more acceptable pastime in Southeast Asia than it seems to be in most parts of the West. This may (or may not) be because Asian men, when 'done-up' make 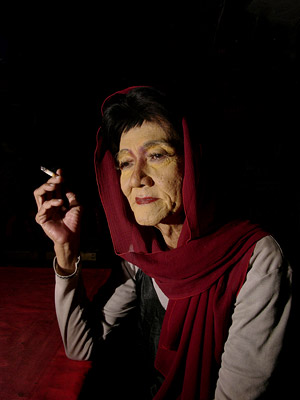 such convincing women that they can participate in beauty contests such as Miss Waria Indonesia. 'Waria' is a combination of the Indonesian words for woman ('wanita') and man ('pria').

Known locally as 'banci' (pronounced banshee, a name given to them in the 1950s as they became notorious for standing across the street outside Hotel Indonesia in Jakarta, literally 'screaming like banshees' to attract unaccompanied businessmen) or 'bencong,' transvestites are the brunt of many a joke; nearly every TV comedy show has its token 'banci' somewhere in the lineup. They tend to reinforce the stereotype of the Indonesian 'banci' in Jakarta: Exaggerated features with long, fuzzy hair pulled back to look like a giant coconut atop his/her shoulders. But constant ridicule is not a good thing. The fact they generally only play low-life characters such as servants and street workers reflects the generally low opinion people have of 'banci.'

They are tolerated, made fun of, but never totally accepted. Never are they seen in positions of authority. There are no 'banci' political leaders and no 'banci' police directing traffic - at least not anywhere this writer has been in Indonesia.

In 2005, the notorious Islamic Defenders Front (FPI) barged into a club where the Miss Waria contest was taking place. "Transvestites should not be made into role models," they shouted. "We are worried it could influence our children."

This is in sharp contrast to the time when 'banci' were held in higher esteem. In certain parts of Sulawesi, 'bisus,' as they are known, were believed to be something special: A living halfway house between heaven and earth and a communicator between the real and spirit world. Until they were outlawed, that is.

On a day-to-day level, you are most likely to encounter 'banci' at Jakarta's traffic lights where they can be seen performing with tambourines. They seem to take particular delight in targeting Western men, going on to serenade the individual until he or she pays up. It's a very effective method; hardly anyone can ignore a man they have never seen before dressed as a woman singing a 'dangdut' song, as you sit in the back of a taxi waiting for the light to change. Try not to make eye contact - big mistake. 'Banci' have no qualms, they will interrupt you in the middle of a meal in order to sing to you if they feel they can make a quick buck.

The 'banci' of Jakarta have their own club going - they are an entire subculture of their own. On Jalan Kendal, around the corner from the nighttime fun area of Belora, is one nocturnal hangout for Jakarta's transvestites and truly is a walk on the wild side. The annual Jakarta Fair often features talent competitions with the city's performing 'banci.' They hardly need a platform to perform upon, however, their talents being always rather more spontaneously recognized.

If you get the chance, watch 'Dunia Kami, Duniaku, Dunia Mereka' (Our World, My World, Their World), a fabulous narration of the life of a transvestite in Yogyakarta by noted independent filmmaker, Adi Nugroho.