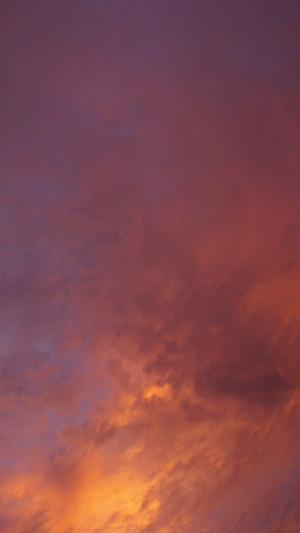 Indonesia is a hot country. It's hot and it's humid. It's hot in the way that people will pay a small fortune to expose themselves to for two weeks. You'll notice the heat the moment you step off the plane. You will find it hard to believe, but you will eventually get used to it. If you spend all of your time in air-conditioned buildings and vehicles, you'll hardly even be aware of the heat.

Mountainous areas tend to be much cooler than coastal cities. Some higher mountains experience overnight frosts, while Papua's Puncak Jaya Mountain is usually capped in snow.

Most of Indonesia experiences the rainy season from October to April, but it varies according to locations. Rainfall is usually heaviest in the afternoons.

If you live in a major Indonesian city, checking weather forecasts will be a thing of the past. Talking about the weather simply doesn't exist as conversation filler, because there's nothing to say, unless the dry season has been exceptionally long or the wet season shows no sign of abating. How's the weather? Hot and sunny. Except when it's raining. So, bottom line? During the rainy season it rains, hard, usually every day. During the dry season, it doesn't.

We're not talking about a Vancouver/Liverpool kind of bleak, dreary gloom that seems interminable and goes on for months on end. It's hot and you'll see a lot of sun. It's just that for an hour or two it buckets down; it might be overcast for part or even most of the day, but you will see the sun regularly and even in the monsoon season, Indonesia will maintain its reputation as a tropical paradise.

Jakarta is hit by annual floods, which seem to have a five-year cycle of severity, leaving many parts of the city underwater. Such weather makes the traffic far worse than usual and increases the risk of illness. Jakarta's wet season is usually from November to May. Floods are most likely to occur in January, which has an average rainfall of 390 mm. The city's driest month is September, with average rainfall of 30 mm.